THE DENTISTRY DONE DIFFERENTLY ONE

REQUEST AN APPOINTMENT Rate Us 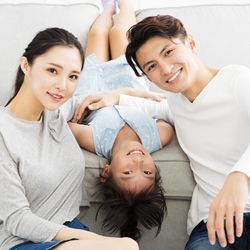 Holistic dental care is an alternative approach to dentistry which considers your overall health as it relates to your dental health. A holistic dentist may ask you questions about your emotions, well-being, diet and exercise patterns and habits, and other things you might not think of as being related to the health of your teeth.

Holistic dentists are also known as biological or environmental dentists. They operate according to the idea that your teeth form a vitally important part of your body, and therefore affect your overall health in profound ways that we may not yet fully understand. Holistic dentists may see your dental health as it affects other health issues in your body, and treat various health conditions together in parallel, rather than as isolated issues.

Practitioners of holistic dentistry may vary quite a bit in terms of the services they offer and the approaches they take to dental care. Some are more effective than others, so be sure to do your research and find a holistic dentist that fits with your goals and concerns.

The primary concern of most holistic dentists when it comes to fluoride is the buildup in the body. They make the argument that even if fluoride were to help prevent cavities, putting it in your mouth on a regular basis may allow absorption by the mouth lining and into the blood stream. It could accumulate and cause other health problems in the future.

This is because fluoride itself is actually poisonous to the human body, and the human mouth lining is extremely absorbent. Holistic or biological dentists generally take issue with the idea of putting this substance into the body and argue that we would be better off finding a safer way to prevent cavities that does not pose a risk of side effects or potentially lead to the accumulation of a toxic substance in the body.

Some holistic dentists are concerned with the effect of root canals on the bacteria in the mouth. They argue that mainstream dental root canal procedures may lead to the proliferation of increased numbers of dangerous bacteria in and on the gums, which may infiltrate the blood stream due to the root canal procedure and lead to other health problems later on down the line. They also believe that the microscopic bacteria cannot by completely eradicated and may even be transferred to more dangerous areas through root canal therapy.

Mercury is a toxic metal substance that was used in dental fillings for many years. About 50 percent of all dental offices in the United States are now Mercury-free. However, this leads to the natural conclusion that the other half of all dentists may still be using Mercury, when other less toxic solutions are readily available.

Dentists which still utilize Mercury fillings may use the term “silver filling” to reduce the scare factor of using Mercury, but beware that these “silver fillings” are actually made from Mercury.

After a Mercury amalgam filling is installed, the danger of toxicity is generally greatly reduced. This produces a rather tricky situation in which you may wish to have the toxic Mercury filling removed. Removing a Mercury filling is inherently dangerous as it involves destabilizing that Mercury during the removal process, which can lead to acute toxicity from the Mercury being released into the mouth (and therefore potentially into the blood stream – see above comments about fluoride) during the removal process.

Some patients have even reported permanent kidney damage as a result of having a Mercury filling removed by an otherwise competent and well-meaning dentist. The safest course of action is to simply avoid Mercury fillings, but if you do have them installed, you may want to be extremely careful should you ever choose to remove them, and be sure to work with a dentist who fully understands the inherent dangers involved in the removal procedure and has a plan to prevent them from becoming a problem or causing any short or long-term health effects.

Minimally invasive dentistry seeks to avoid the use of fillings or drilling entirely by using alternative techniques such as ozone therapy and others which may prevent the need to drill or fill by eliminating the problem by indirect non-invasive methods.

5. Diet and Other Factors

Holistic dentists may also suggest changing your diet to include healthier foods with less sugar, fewer sticky or syrupy drinks and carbonated beverages, and meals which in general are better for both your teeth and the rest of your body. Remember, holistic dentistry looks at the whole body, not just the mouth, in its treatment of dental health issues.

As with many dental treatment regimens and techniques, holistic dentistry is something you may wish to incorporate alongside your current dental care routine, or just investigate further to decide if it is something you are interested in pursuing further. Hopefully this article serves as a valuable starting point in learning about holistic dentistry and other less conventional approaches to dental health and overall wellness.

Welcome to our Blog!

Is Chewing Gum Good or Bad For Your Teeth & Overall Health?

Thank you for Submitting your request. Our Office will get back to you.